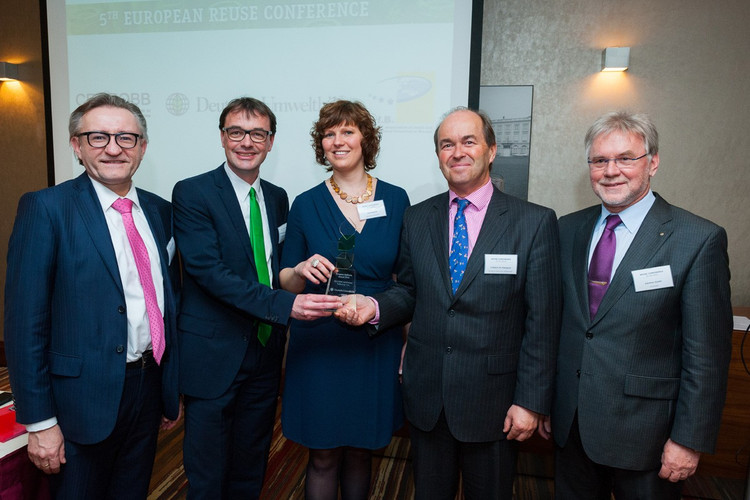 At the fifth European ReUse Conference in Brussels on 25 March 2015, 71 participants discussed the necessity of strengthening environmentally friendly packaging throughout Europe. Experts emphasised how important preventing waste is for environmental and climate protection and that re-usable systems provide many jobs which should remain stable. The European Association of Beer and Beverage Wholesalers (CEGROBB), the Association of Small and Independent Breweries in Europe (S.I.B.) and German Environmental Aid (DUH) were the joint organisers of the conference.

Currently, the EU Commission is working on a new proposal for a circular economy package. Karl Falkenberg, Head of the Environment Directorate-General of the EU Commission affirmed that they will publish the ambitious new version this year and that the approach that it is better to prevent than dispose of waste and to support re-usable systems will be considered in this package. He expressed his concern that at the present time the public debates tend to focus on how to dispose of waste than on how to avoid it.

For the first time, participants talked about the social aspect of re-usable systems. Ulf Henselin, Head of Division of the Trade Union of Food, Beverages, Tobacco, Hotel, Catering and Associated Workers (NGG) explained how alarming the situation is. According to information provided by the NGG, a total of 50 percent of all jobs in the beverage industry would be in danger, if Coca-Cola Erfrischungsgetränke AG abandoned the successful refillable system, as announced. The group's decision to replace refillable bottles by disposable bottles is a strong negative signal for the whole beverage industry, which should be prevented.

DUH managing director Germany Jürgen Resch invited the EU Parliament and the EU Commission to promote re-use systems for reasons of climate and resource protection. Günther Guder, President of the CEGROBB, emphasised in his opening speech how important it is to consider the European waste hierarchy and that a decision in favour of reusable systems always means a decision in favour of jobs. Re-usable packaging should be promoted at a European level by reorganising economic incentives, said Joan Marc Simon, managing director of Zero Waste Europe. As long as it is cheaper to do the wrong thing from the ecological point of view and to back single-use systems or waste incineration instead of re-use systems, most enterprises will not be motivated to deal with resources in a more sustainable way. The approach to keep resources within the economy will be encouraged by reloop – a new non-profit platform which was presented by Clarissa Morwaksi, managing director of reloop.

This year the 4th European Refillable Award was handed over to two winners. The prize honours exemplary efforts to improve the balance and use of refillable packaging. The Luxembourg-based brewery Brasserie Nationale "Bofferding" S.A. was honoured for its commitment to and investment in refillable bottles. The other winner was Sagasser-Vertriebs GmbH from Germany. The enterprise has been consistent in its support of the re-usable system for more than 15 years. The assortment in its drinks stores consists of 98 percent of refillable packages.

Photos from the conference as well as a video with statements of some participants can be found at http://www.duh.de/5075.html