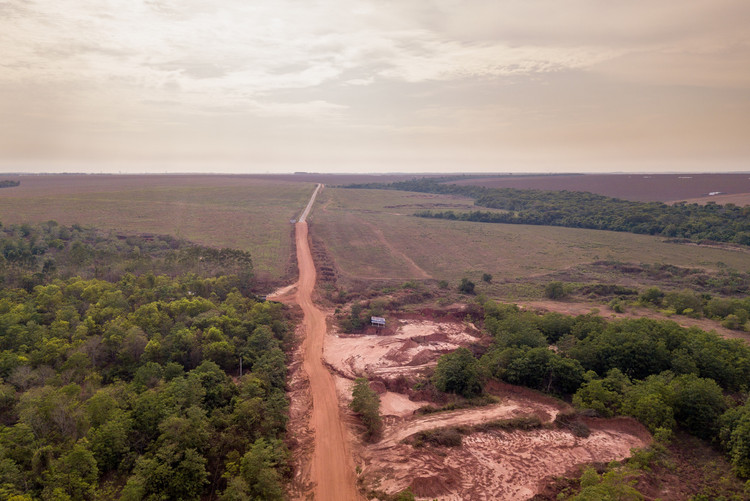 The climate cost of crop-based transport fuels outweighs their alleged benefits due to the vast amounts of land needed to produce them, research in Germany shows.

Restoring natural ecosystems instead of using this land to produce biofuels would help sequester 16.4 million tonnes of CO2 per year on average - about 7 million tonnes more than the reported annual CO2 emissions savings resulting from the use of biofuels instead of petrol.

For the past 15 years, politicians and industry representatives have touted biofuels as a solution to green Europe’s transport sector. This has fuelled the expansion of cropland and related deforestation across the world, which has recently prompted the EU to introduce restrictions to the use of crop-based biofuels [2], particularly those derived from palm oil.

However, a new study commissioned by DUH to the Ifeu Institute in Germany shows that these efforts are not nearly enough, and reveals that the climate and environmental impact of using vast amounts of land for crop-based biofuels is even higher than previously thought.

Researchers found that regrowing trees and other types of natural vegetation instead would help sequester almost double the amount of CO2 that is estimated to be saved when biofuels are used instead of fossil fuels, while also allowing for the return of native insects and other animal species. They also found that generating solar power for electric road vehicles would require 97% less space than crop-based biofuels for the same mileage.

Biofuels have boomed across Europe in the past decade because they are misleadingly promoted as renewable energy and incentivised by EU regulations. With this study, DUH is calling on lawmakers to stop counting crop-based biofuels towards the EU’s renewable energy targets under the Renewable Energy Directive [3], which is currently being revised by the European Parliament and national governments.

Campaigners argue that ending support for crop biofuels would reduce pressure on land, creating new opportunities to restore nature and help tackle the climate and biodiversity crises. DUH wants the European Commission to set ambitious legally binding targets for the rewilding of land as part of its upcoming proposal for the EU’s nature restoration law, which is expected to be unveiled next month. [4]

“Rapeseed diesel and corn fuel only end up in our tanks because politicians ignore their true climate impact. Our study shows that replacing fossil fuels with biofuels is like developing a cure that’s even worse than the disease. If we are to achieve climate neutrality and avert the worst consequences of climate breakdown, we need nature restoration just as much as emissions reductions. This means that we must prioritise fertile farmland for sustainable food production and make suitable land, such as drained peatlands, available for nature restoration."

"Our study shows that the EU’s biofuel policy of the last 15 years was a gross miscalculation. Neither biofuels nor other so-called ‘alternative fuels’ can make combustion cars climate-friendly. These fake solutions must no longer be promoted by politicians. To ensure that the phase-out of biofuels does not mean a return to fossil fuels, we must also phase out combustion engines: we demand an EU-wide end to the registration of new petrol and diesel cars by 2030 at the latest.”

[1] Environmental Action Germany (DUH) is one of the major environmental NGOs in Germany campaigning at national and European level for ambitious action to protect climate, nature and consumer rights.

[2] The EU has introduced policies to restrict the use of crop-based biofuels, including a gradual phase out of palm oil for biofuels by 2030 and a cap on the share of crop-based biofuels. Despite these measures, vast areas of land continue to be used for the production of biofuels world-wide, with enormous impacts on climate and nature.

[3] Through the revision of the Renewable Energy Directive (RED), EU lawmakers aim to increase the EU's 2030 targets for the share of renewables in the bloc’s energy mix. Campaigners want the EU to stop counting crop-based biofuels towards the target for transport. The crediting of crop biofuels as “renewable energy” under the RED since 2009 is one of the main drivers for the boom of crop-based fuels across the world.

[4] The European Commission is expected to put forward a proposal for legally binding EU nature restoration targets on 23rd March, 2022. Restoring the EU’s ecosystems will help to increase biodiversity, mitigate and adapt to climate change, and prevent and reduce the impacts of natural disasters. For these reasons, the law is one of the cornerstones of the EU’s Green Deal.