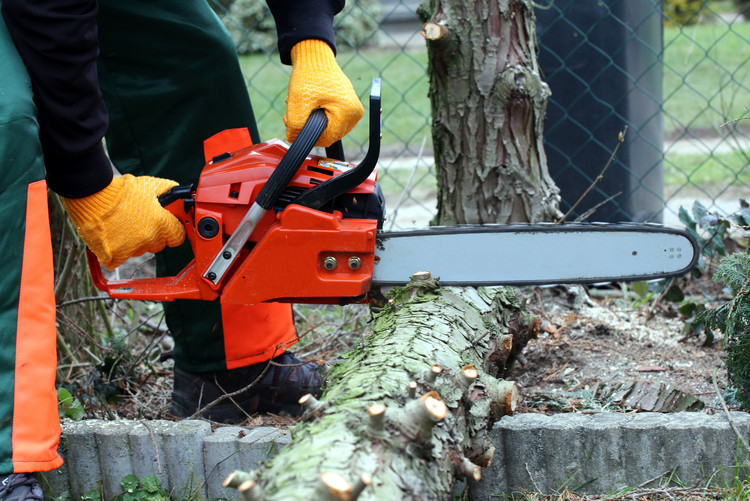 Power saws and trimmers available on the Swedish market exceed the EU-wide emission limit values for hydrocarbons and nitrogen oxides by up to 600 percent, as the most exhaustive investigations on the exhaust gas behaviour of motorised hand-held machines demonstrates. The environmental and consumer protection organisation Environmental Action Germany (Deutsche Umwelthilfe, DUH) commissioned TÜV Nord, a certified testing institute in Germany, to carry out the tests.

The DUH has been examining the exhaust emission limit values for motorised chainsaws and trimmers every year since 2013. This year, only seven out of a total of 33 devices measured meet the required combined emission limit value for hydrocarbons and nitrogen oxides. The DUH is calling on European market surveillance authorities to remove the harmful devices from the market and to ensure that only devices which meet the legal requirements are sold.

The DUH is one of the leading environmental and consumer protection associations in Germany. In 2016, the DUH also tested equipment sold on the Swedish and French markets for the very first time. The emission of carbon monoxide, nitric oxide, and hydrocarbons was measured. Six out of the seven devices from Sweden failed the test because they failed to meet the required combined emission limit value for hydrocarbons and nitrogen oxides (please find the results below). The device from HP Schou A/B (model: GARDEN 77749) exceeds the legal limit by 600 percent, another from Clas Ohlson AB (model: CO TECH YT 9071A) by nearly 500 percent. This means that Sweden trails behind Germany and France.

"The test results of the Swedish devices are extremely worrying. We have so far rarely detected such high exceedances of the limit value", says international consultant Axel Friedrich, who was responsible for technical supervision of the test.

Around seven million petrol-driven saws and trimmers were sold across Europe in 2015 alone. When used, they emit carbon monoxide, nitric oxide and hydrocarbons, which can in high concentration cause cancer and cardiovascular disease or attack the airways. These substances are also precursors for the formation of ground-level ozone. Since thousands of people die prematurely from the effects of air pollution every year, there are EU-wide limits, which are regulated in Directive 97/68/EC, that apply to these pollutants.

"EU legislation aims to protect human health and the environment by means of exhaust emission limits. Our investigation shows that, in practice, something must be very wrong when many petrol-driven saws and trimmers do not meet the limits when in actual operation. The health of the people who buy the equipment and use it is thus being deliberately harmed. Moreover, consumers are being deceived when making a purchase because they cannot see which devices comply with the legal requirements and which don't", says Jürgen Resch, National Director of the DUH.

The public authorities are responsible for monitoring the market and ensuring that the equipment offered for sale complies with the legal requirements. Resch calls on the Swedish authorities to immediately halt the sale of affected equipment and to develop a concept to ensure that, in the future, only hand-held devices that meet the limits will be sold in Sweden.

The DUH also believes that the retail trade also has its obligations, because retailers have to guarantee their customers that they are being sold only devices which comply with legal requirements and which do not pose a threat to human health.

Environmental Action Germany (Deutsche Umwelthilfe, DUH) is an independent nonprofit environmental and consumer protection organization, founded in 1975. It has been entitled to take legal action since 2004.

The organization conducts projects related to the topics of air pollution, climate change and the energy transition, nature conservation, local environmental protection, recycling and consumer protection. Thus, the DUH has built a nationwide network among local, regional and national stakeholders. Cooperation with other environmental organizations, regional partners and companies in particular gives the DUH significant influence. The DUH is member of the umbrella organizations in Brussels' European Environmental Bureau (EEB) and the Federation of Transport and Environment (T&E).

Please find the results below.