We fight for clean air

Whether particular matter, nitrogen oxides or ammonia – pollutants from various sources pollute the air we breathe throughout Europe. The European Environment Agency estimates that over 400,000 premature deaths occur in Europe each year due to diseases caused by particulate matter alone. In order to reduce emissions of pollutants, the EU has agreed on specific reduction targets that are binding for each Member State. In national air pollution control programmes (NAPCPs) governments specify measures to achieve reduction commitments set in the National Emission Ceilings Directive (NEC Directive).

The programme presented by the German government does not meet binding standards and is fully based on assumptions whose implementation is anything but certain. Although clean air is a basic human need, German authorities have ignored air quality standards for years. In its political work, DUH is committed to changing this and uses the legal means at its disposal: As an environmental organisation entitled to bring an action under the Environmental Appeals Act, DUH filed a lawsuit in May 2020 to bring about effective measures quickly and bindingly – for clean air in Germany.

According to the European Environment Agency, around 60,000 people in Germany died prematurely in 2016 from the effects of particulate matter (PM2.5) and about 12,000 from the effects of nitrogen dioxide (NO2). The NEC Directive aims at national emissions of certain air pollutants. It is an essential law that was set to halve the health impacts of air pollution in the EU by 2030, cutting premature deaths related to dirty air by over 50 percent.

Since 2010, Germany has violated the emission ceilings defined by the first NEC Directive by emitting more ammonia than permitted. Now, the German government has presented a completely inadequate NAPCP that is on track to miss legal targets for 2030 for ammonia, fine particulate matter (PM2.5), sulphur dioxide (SO2) and nitrogen oxides (NOx). Thus, DUH with the support from ClientEarth have filed a legal challenge with the Higher Administrative Court of Berlin and Brandenburg.

What is the aim of Deutsche Umwelthilfe with its complaint?

With the lawsuit, DUH wants the German government to set up a sound programme that reduces air pollution in accordance with the legal requirement. DUH demands that the reduction measures within the NAPCP have a safety buffer that takes into account the uncertainties of the forecasts. In addition, the legally binding definition of the measures and a timetable for implementation are mandatory. Only through concrete steps can we protect people and ecosystems from harmful air pollution. 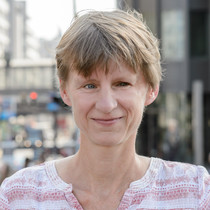 This Web site uses cookies to enable core functionality and to personalize content and to analyze visits to the Web site. Some of these cookies are essential, while others help us improve your experience by providing insight into how you use the Site. For more information about the cookies we use, please refer to our Privacy Policy.

This cookie is a standard session cookie of our content management system TYPO3. In the case of a user login, it saves the session ID with which the locked user is recognized in order to grant him access to protected areas.

This cookie is used to register a unique ID on mobile devices to enable tracking based on the geographic GPS location and is valid for 24 hours.

A unique ID is registered via this session cookie in order to keep statistics of the YouTube videos that the visitor has seen. The cookie is deleted after the browser is closed.

This YouTube cookie is used to calculate the bandwidth of the visitor. This information is used to determine whether the new or old user interface of the YouTube player is used for the user. This cookie is valid for 179 days.

The "_fbp" cookie identifies browsers to provide analytics services for advertising and websites. It has a storage time of 90 days.

Used by Google AdSense to experiment with the effectiveness of advertising on websites that use these services. The main purpose of this cookie is: targeting / advertising

This cookie is used by Google Analytics according to "Data Processing Amendment to G Suite and / or Complementary Product Agreement Version 2.0)" Type of cookie: performance cookie

„_fbp“-Cookie (Facebook Pixel) identifies the web browser, for analytics and retargeting. It is deleted after 90 days.

„_ttp“-Cookie (TikTok Pixel) identifies the web browser, for analytics and retargeting. It is deleted after 25 days.

This Web site uses cookies to enable core functionality and to personalize content and to analyze visits to the Web site. You can find more information in our.