In its latest car’s CO2 report, our project partner T&E released surprising news, including an unprecedented decline of CO2 emissions from new cars: CO2 emissions dropped from 122g CO2/km in 2019 to 111g CO2/km in the first half of 2020. Moreover, T&E projects a rise of electric car sales up to 10 % by the end of 2020 and 15 % in 2021. Sounds like a report full of good news, right? Perhaps someone cheered too early: Deutsche Umwelthilfe (DUH) talked with T&E about persisting and fundamental problems regarding the CO2 emissions from new cars as well as failures of the current CO2 regulation. 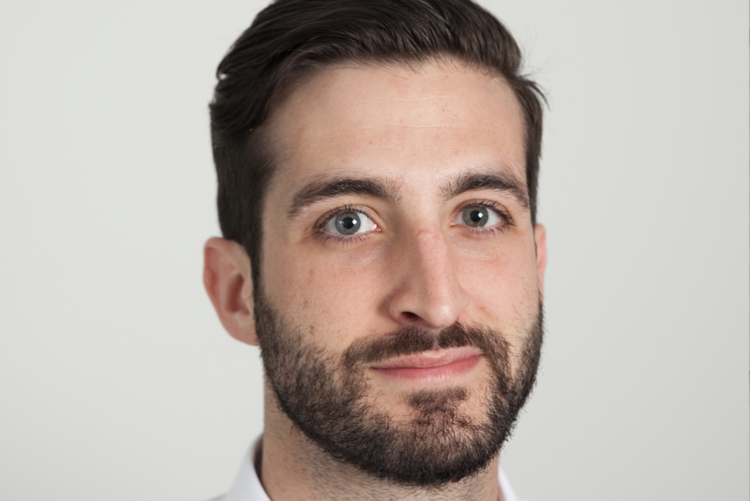 From this year onwards, a stricter CO2 fleet target of 95 gCO2/km applies within the EU. Carmakers are facing high fines if they do not comply with their targets. Nevertheless, T&E projects that most carmakers will reach their target. However, according to your report, half of the official CO2 emission reductions are reached with ‘regulatory flexibilities’. What does this mean?

The European CO2 regulation allows carmakers to benefit from several regulatory flexibilities, which are designed to help achieve the targets more easily. In this report for the first time, we analyze the individual and combined impact of these flexibilities and expose to which extent they weaken the overall stringency of the EU’s CO2 regulation.

In 2019, car makers in the EU emitted an average of  122 gCO2/km which exceeds the proclaimed target of 95g CO2 by 27g. Due to the flexibilities they only need to reduce their sales CO2 emissions to 108 gCO2/km to be compliant. The remaining gap of 13 gCO2/km is closed thanks to the flexibilities. In other words, only half of the effort carmakers need to make this year to meet their CO2 targets will actually be achieved by improving the cars performances in the official laboratory test.

What are the most important ‘flexibilities’ carmakers are using? Which carmakers benefit the most?

For a clearer understanding, let me briefly explain the five flexibilities in the regulation: First, the super-credits, which allow carmakers to count electric cars twice towards meeting the target. Second, the 95 % phase-in of the target allowing car makers to exclude the 5 % most polluting vehicles from the calculation in 2020. Third, the mass-adjustment, weakening the target of carmakers who sell heavier vehicles. Fourth, the eco-innovation credits which carmakers can claim for fitting so called ‘eco-innovation’ technologies allowing to reduce emissions on the road but not during the test (such as coasting or LED headlamps which are not switched on during the test). Finally, pooling allows carmakers to team up and jointly comply with the target in the calculation of the CO2 average.

The flexibility with the greatest overall contribution are the super-credits as they reduce the CO2 emissions by an average of 6 g CO2/km across all carmakers. Followed by the 95 % phase-in with a reduction of more than 3g CO2/km and the mass-adjustment of the target with more than 2 gCO2/km. However, the extent to which carmakers benefit from these flexibilities is very uneven. The three carmakers who benefit the most in 2020 are: Volvo with 27 g/km, Daimler with 25 g/km and BMW with 23 g/km. At the other end of the spectrum, Toyota-Mazda and PSA are expected to benefit from the flexibilities up to 4-5g CO2/km in 2020. This excludes carmakers like Jaguar-Land-Rover who have lower sales numbers and therefore as an exception need to meet a lower target.

Can you briefly explain how a carmaker like Daimler reduce the official CO2 fleet value in 2020? In average, how much reduction will they achieve by using the different ‘flexibilities’ and how much by emission reduction such as ICE improvement?

As mentioned previously, Daimler benefits the second most from these flexibilities creating a key role for the carmakers compliance strategy. Thanks to the sales of very polluting premium vehicles, Daimler benefits the most from the 5 % exclusion rule in 2020 already reducing the total sales average by 6 g/km. Super-credits from EV sales are also very high. In fact, they reach the maximum cap of 7.5 gCO2/km already in 2020 meaning that Daimler like most of the others cannot claim any further super-credits in 2021 and 2022. As Daimler sells some of the heaviest vehicles, its target is around 104 g/km instead of 95 g/km.

This is the second highest target behind Volvo. Overall, the flexibilities alone allow Daimler to reduce emissions by 25 g/km which effectively closes 60 % of the overall compliance gap it used to have in 2019. The remaining emission reduction of 17 g/km is mainly achieved thanks to high PHEV sales. As of September 2020, Daimler had already achieved 14 % EV sales in 2020 of which around two thirds were PHEVs. The carmaker is expected to finish the year with even higher EV sales given they have reached a whopping 22 % in September making it the top carmaker for EV share of sales in that month. In October, Daimler’s EV sales have reached 29 % in the EU. (The EVs were almost exclusively PHEVs)

In the last two decades, NGOs witnessed a growing fuel consumption gap: ICCT and T&E have shown that there is a huge gap between fuel consumption on data results and in real-world performance. How has the gap evolved in recent years? At which level are real emissions at the moment?

In its series of ‘Mind the Gap’-reports T&E has shown that the CO2 emission gap between official test results and real-world performance of new cars has grown alarmingly. The average gap has jumped from 8 % in 2001 to 42 % in 2016 before stabilizing at 39 % in 2018. In other words, since 2008 half of the emission reductions are defined by manipulating official laboratory tests: 28 % CO2 emissions in NEDC while only 14 % in real-world emission reduction. This means that the average real-world emissions of a new car sold today are at the same level as the laboratory emissions in 2008.

How do you evaluate the rise of PHEV sales?PHEVs have been used massively this year as carmakers race towards reaching the target. In one year quarterly PHEVs sales have grown fivefold. Today half of all the plug-in sales are plug-in hybrids that are rarely charged and emit far more in real world than what carmakers claim based on the lab tests. Recent PHEV testing commissioned by T&E shows that even when starting with a full battery and driven in optimal conditions the PHEVs emit 28 % more than advertised by the carmakers. When driven in engine mode CO2 emissions can even be 8 times higher.To achieve their current fleet-wide CO2 average BMW’s and Volvo’s PHEVs would have to drive close to 70 % of total kilometers electrically. Far more than the current real-world usage, estimated at 20 % to 37 % by the ICCT.

This is worrying since these ‘fake electric cars’ are treated very generously in the car CO2 regulation. They earn super-credits like BEVs do and their official car emissions are way more generous than what their real-world CO2 emissions actually are.

If car makers want PHEVs to be part of the transition to zero emission mobility, they have to improve their real-world performance. This means they have to increase their real-world electric range to at least 80 km ensuring they can stay in electric mode under a wide range of driving conditions without using the combustion engine. They also must reduce CO2 emissions significantly when the engine is running and should be equipped with fast charging capabilities.

Governments should also end the purchase subsidies and generous tax breaks for plug-in hybrids which are fueling another emissions scandal.

The expected plug-in sales of 10 % in 2020 and 15 % in 2021 underline the inadequacy of the current post-2020 CO2 targets. With 20 % electric car sales alone carmakers would comply with the current regulation up to 2029. There is a real danger that the supply of electric cars will stagnate throughout the 2020s just as the technology matures and market demand surges.

With electric cars expected to reach price parity with diesels and petrols in the mid-2020s, the growth must accelerate much faster than the current pace of regulations. The revised CO2 standards should strengthen car’s CO2 targets to increase the supply of electric vehicles across Europe, their adoption by consumers and accelerate the transition to e-mobility. There are three key things that decision makers can do to improve the car CO2 standards. First, the CO2 reduction target should be increased from 15 % in 2025 and 37.5 % in 2030 to 25 % in 2025 and 65 % in 2030. Second, the suboptimal 5-year targets should be replaced with annual CO2 reduction targets which are more effective from a climate and industrial perspective.

And last but not least, in order to reach zero emissions by 2050 the last combustion engine car should be sold no later than 2035. Beyond these three considerations the regulation should also seek to correct the far too generous treatment of PHEVs, enforce real-world compliance and remove the mass-adjustment of the targets.

Thank you very much for the interview!